We recently chatted with Joe Phoenix, one of the cofounders of Givinga, a solution for amplifying the impact of corporate philanthropy. A text version of the interview follows, edited for clarity.

How did Givinga get started? 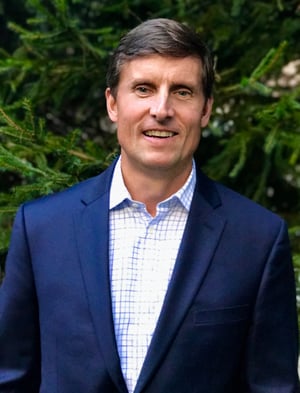 I’m a 30-year veteran of the asset management business. That’s where I started and spent most of my career. There are kind of a confluence of events that led to Givinga—I think the biggest thing was that I turned 50 years old and stuck my head up at one point, realized that I’d been in the same industry for 30 years—at the same company for 25. I really wanted to do something with the second half of my career that had more social relevance to it and, if possible, build a business that was impactful, not only for the people who use it, but the community around it, too. Givinga started as an idea to try to find a way to put a for-profit business model around this not-for-profit idea and open up philanthropy to a wider swath of the community that wasn’t really actively using it.

Everyone wants to get involved, and giving is a really inefficient process right now. Most people give reactively, and they don’t think very much about it, and they don’t use a lot of the tools that can make them much better or much more impactful with the money that they’re giving away.

We custom design corporate giving platforms, which enables companies to maximize and leverage every dollar that they give to charity. We do this by using financial technology to align philanthropic strategy with business strategy, help employers empower their employees, and improve reporting and analytics.

Because of the tech platform, we’re able to track all that activity and report it back to the company, and then help the company push that out into the marketplace. So in effect, that allows employees to be much more actively engaged with their company around giving. It gives employees access to giving dollars that previously hadn’t been available to them. It allows employers to retain control and oversight of all those dollars. And then it provides a bunch of tools for both the employer and employee to maximize the impact.

Everyone wants to get involved, and giving is a really inefficient process right now.

We have a full social networking piece of the platform, so before you give money to charity, you can run a campaign for that specific charity—just like you’re seeing on GoFundMe, as an example—you reach out to your social networks, they can donate, that account grows in total size, and then we push that money automatically to the charity that you campaigned for. It allows for matching from employers. We can track volunteer hours for employees and link that back to the giving account. Employees can payroll deduct into their own personal account, as well.

That sounds like a very clever way to empower employees to have some creative freedom over those donations, and that they’re not just contributing to an organization that doesn’t align with their own beliefs.

That’s right. Companies give money away, and there are three main reasons why.

Do you see a trend? Not even 10 years ago, companies were reducing the amounts they were willing to contribute to their 401(k) programs and cutting back on some of these perks. Are companies still doing that? Are they getting back to it?

I think that trend has completely shifted. Companies no longer can afford to cut back on the things that they’re offering away from their kind of standard line of benefits packages. This move toward innovative perks or additional services that companies provide employees is something that we’ve seen growing over the last decade, and we think it’s going to continue to grow.

There are a variety of research reports that are done every year—CECP does one—that basically show that well over half of employees that joined a company or looking to join won’t join that company if they don’t have a socially active program in place. Employees, because of the job market and the economy right now, are able to demand and ask for a lot more resources and a lot more of these types of programs, and employers are responding. When it comes to the social piece, I think companies and employees are realizing they can link together, and they can have much more impact together than they can have individually. That, to me, feels like a long-term shift in how companies will give charitably and how they work with their employees.

Let’s talk about the technology itself. Givinga has an app, and do you use automation or machine learning as well?

We completely built the back-end technology for Givinga, and it’s fully secure, fully tested. It’s designed to allow companies to consolidate all this activity in one dashboard and track all the various things that are occurring from employees to social to any of the external events that are being run. As we build out, there are a whole bunch of interesting stuff being built around these AI models, computer learning, helping people be able to track and analyze where they’re giving money away. We have a partnership relationship with Charity Navigator. We track a million and a half charities on our platform. If the charity is approved in the United States and is a 501(c)(3) and it has an IRS EIN number, it’s on the platform. And I think that as we get more and more people on the platform, the technology will start to help people think about where you’re giving money, and we’ll make sure that they’re giving money in the most efficient way possible.

How do you handle the bookkeeping side of things?

There are a lot of parallels with what we do and what Botkeeper does, and it all comes down to how people in the organizations typically give money away. The most interesting thing that we’ve been working on since creating Givinga is trying to understand how you get an individual to change their mindset—what they’ve been doing for a long period of time to something else. It’s not that we’re creating something that’s better on the marketplace, we’re trying to get people to completely change the way they think about giving.

I’ll give you an example. If you have a lot of money or a little money, pretty much your financial hierarchy from an individual side is the same. I’m thinking about paying the rent, buying groceries, keeping the lights on, kids’ tuition, retirement, squirreling some money away for the unforeseen something that we all worry about, and—oh, by the way, after all that’s done, I’ll give some money away to charity. Typically, at the beginning of the year I’ll tell my family we’re going to give to a charity, then something happens, and I react to it. Someone gets sick, there’s a natural disaster, I go to a black tie event, or whatever it is—and I pull my credit card out, I kind of randomly give money away, I don’t have any thought behind it or anything like that.

The platform is designed to make me proactive. It gives me the ability to plan my giving strategy like I plan every other aspect of my financial strategy—IRA, 401(k), college funds, money set aside for unforeseen events. I should be doing the same thing for my philanthropic piece. If I’m super wealthy, I’m already doing this because my tax advisor has told me to. Everyone else isn’t really thinking that way.

When you take that hierarchy and apply it to corporations, the hierarchy is a little bit different because of those three pillars: finding the best talent, being leaders in their community, and enhancing their brand. Most corporations realize that part of the process associated with that is being philanthropic. How most companies view philanthropy is a cost of doing business. So Givinga brings an ROI approach to corporations and proactivity to the individual, and we hope those two entities combine on the platform and it begins to usher in this way of giving that’s occurring at the high end. The only reason it’s occurring up there is because these tools haven’t been available to you and I.

What about tax prep? How do you assure companies that if their employees have more control in their donations, they can still write them off?

Without getting too into the weeds—at the heart of the platform is the donor-advised fund. It’s a vehicle that’s been around for almost a hundred years. Few people have ever heard of it, but they are by far the most tax-efficient, easy to work with, giving vehicle on the planet. The industry was almost flatlined when it was created, then the financial services companies got involved for a variety of reasons and it’s exploded over the last 20 years. The average donor-advised fund has $350k in assets in it right now, but it was created for small- to mid-sized donors, and they just don’t use them right now. But this allows you to consolidate your giving in one vehicle, then that vehicle you use to push money out directly to charity.

There are a number of things we don’t like about donor-advised funds, so we built our own platform specifically to be used with a group of people who have never had the ability to use a donor-advised fund. Most people don’t care, but they give you the ability to organize, consolidate, centralize, and be super thoughtful in how you’re giving money away to charity. It’s like a mutual fund for your giving portfolio.

How does someone get in touch with Givinga?

Visit our website and fill out a form. If you’re a company, let us walk you through a demo and how it works. This is a technology platform, so it’s totally customizable based on your needs, including matching for all or a subset of your employees. And if you’re an individual, there’s no fee included for you, and we don’t take from the donations you make to charity.

Everything Accountants Need to Know About QuickBooks Live Bookkeeping

Bookkeeping Meets AI: Trends and Predictions for the Future of Accounting