FINCURA Expects to Save $50k With Botkeeper 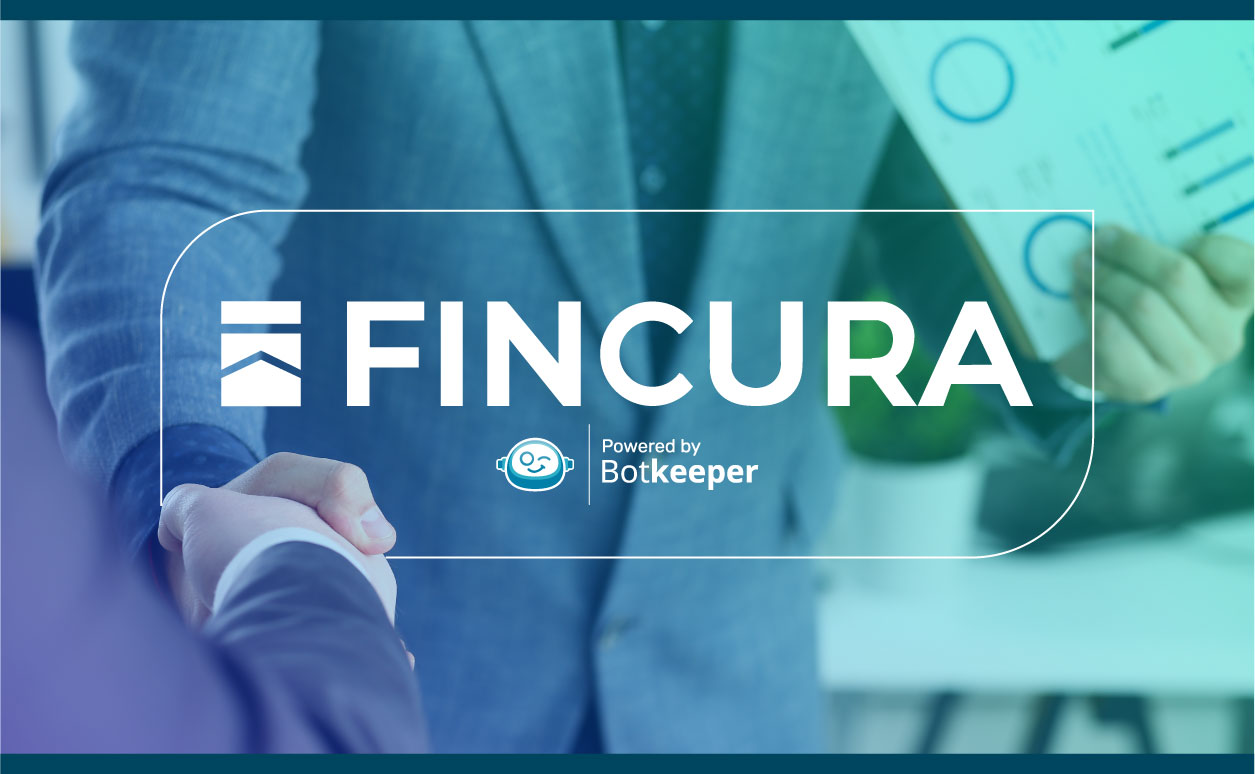 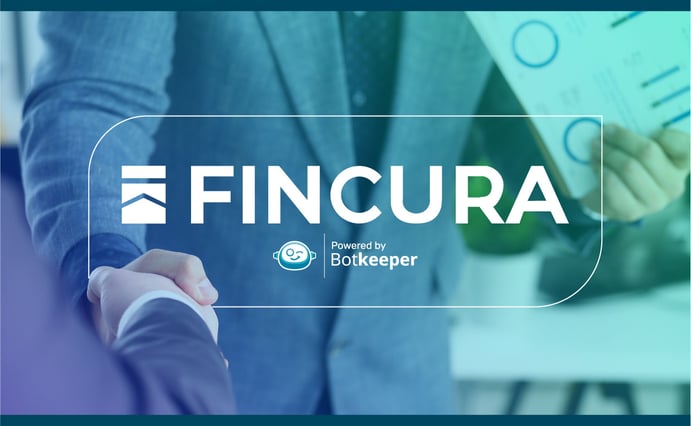 Whether you're a business owner, or accounting professional- if you don’t like the way something’s done, you have a few options: suck it up and deal with it, suggest changes and hope for the best, or shake the system up by creating a new solution—preferably a better one.

The team at FINCURA opted for the last option when they left traditional banking and started a tech company to transform middle market lending. We recently sat down with Cody Putre, cofounder and COO of FINCURA, to talk about how the company works, how to manage the craziness of startup growth and board meetings, and what they plan to do with their savings thanks to Botkeeper.

For example, let’s go back to childhood and say you run a mobile lemonade stand, but you don’t have the money to upgrade your wagon so you can expand your reach in the neighborhood. So you ask your parents for the money, but before they give it to you, they ask for all kinds of data about your operation. They want to know what your expenses and income look like, your history as a business and business owner, data to support a strong return on investment, etc. Basically, it’s a lot of work for both you and them to prepare and review.

FINCURA would work on behalf of your parents to automate the required data collection and entry process, saving your folks and you valuable time. Someone has to keep squeezing lemons while the deal is being considered!

“We streamline and automate a lot of the processes in collecting and analyzing that information so analysts can do their job efficiently and effectively,” Putre said. The FINCURA engine also maintains the data in an organized, structured manner so it’s easy for analysts to reference during current and future investment deals.
You may also like: Botkeeper Allows Me to Be a Better Dentist

A Lack of Visibility at a High Cost

Growth is very important for any startup, and Putre and his team were struggling to manage their accounting in a way that would truly open up new avenues for FINCURA to scale. Primarily, Putre was dealing with a lengthy turnaround time on monthly financials, leading to long hours and a lot of manual work before each board meeting. ScaleFactor—their solution at the time—wasn’t able to provide accurate financials within five days of month-end without driving FINCURA’s price point higher.

“Before Botkeeper, it was painful to wait 20 business days,” Putre said. “It ultimately was a month [turnaround time], and I had lack of visibility into the process.”

On top of that, they were spending a lot of money for a bookkeeping solution that wasn’t up to their standards or needs. Putre and team were getting their accounting with ScaleFactor for around $5k per month, but to get account reconciliation in 15 days, they would have been charged an extra $2,500 per year; 10-day reconciliation tacked on an extra $1,000 per year. That would amount to almost $65,000 annually for a solution that wasn’t working. (For comparison, ZipRecruiter lists the average annual salary of a full-time bookkeeper at just under $44k.)

“Running a startup is very different from running a profitable business,” Putre said. “All I care about is cash and operating expenses—what my runway is.”

Getting Time Savings Equal to $50k With Botkeeper

As the COO at a startup like FINCURA, Putre didn’t exactly have much time to focus on a substantial investment in a new bookkeeping solution. Like many startup executives, he was predominantly occupied with putting out fires and making sure the operation was running smoothly.

Then he met up with Botkeeper cofounders Enrico Palmerino (CEO) and Louie Balasny (VP of Strategic Accounts), and he realized he could get a better solution at a lower price point.

"Forget about the cost savings; the time we’re saving by leveraging Botkeeper is very significant—in the realm of $50k per year”

Since coming onboard with Botkeeper in the fall of 2019, FINCURA has seen a savings of 43% over their previous solution with ScaleFactor, and that comes with weekly transaction categorizations in a much shorter turnaround time. This enables Putre to be more prepared for board meetings, and it means that he doesn’t have to do any of the manual work himself.

“Having weekly reconciliations has significantly lifted that headache,” Putre said. “I like that I get a nice notification when the financials are ready.”

And that’s not all that Putre likes about his new bookkeeping solution with Botkeeper: “The Botkeeper Hub is way more intuitive than what we had before, and I’ve actually used it.”

Perhaps more importantly, the solution they now have with Botkeeper is creating other efficiencies and savings, as well. Now that Putre doesn’t have to handle account reconciliations alone, he has more time to focus on other parts of the business, and so does his team.

“Botkeeper is allowing us to consolidate our efforts, which is huge, and that wasn’t the case with ScaleFactor,” Putre said. “Forget about the cost savings; the time we’re saving by leveraging Botkeeper is very significant—in the realm of $50k per year.”

"Previously, in order to prepare for board meetings, I would end up having to do the bookkeeping myself...this meant I was only getting 75% of the work we were being billed for"

Putre went on to express how getting clean financials is critical to FINCURA's next steps. "Previously, in order to prepare for board meetings, I would end up having to do the bookkeeping myself, which was a significant headache. And really, this meant I was only getting 75% of the work we were being billed for".

These cost and time savings are vital to Putre and FINCURA because in the near future, they’re focusing heavily on revenue acceleration, taking their product to market, and eventually raising more funds to continue their growth. As someone who is intimately aware of what it’s like to secure financial backing, Putre joked by saying "The best way to set a business up for fundraising isn’t to just clean up your finances—it’s making sure your books aren’t messy in the first place."

We at Botkeeper couldn't agree more!

Getting Started With Botkeeper

Switching software can be painful for any business, no matter what stage of the growth process they're at. But moving to Botkeeper has been as smooth as can be for Putre and FINCURA.

"Our onboarding specialist, Kanika, has been amazing to work with—super, super, super communicative and helpful."

"Transitioning a core critical function of a business always poses a risk with an unknown number of unknowns," Putre said. "Our onboarding specialist, Kanika, has been amazing to work with—super, super, super communicative and helpful."

Even though FINCURA has only been with Botkeeper for less than a year, Putre says he’s already seeing improvements to how he and his team operate.

With Botkeeper running in the background, Putre can focus on how to create more positive change at FINCURA and help their customer base continue to grow, and everyone at their team will ultimately benefit, too.

“I’m SO excited to be working with Botkeeper,” Putre said.

Are you ready to follow FINCURA’s path and create growth and efficiencies at your organization or bookkeeping clients? Click below to set up time with a Botkeeper rep and learn how automated bookkeeping can benefit you!

You've heard about the future of accounting. What about the now?

Over the last decade, the rapid development and implementation of financial technologies (Fintech) have made the future of accounting a hot topic....

Accountants find it challenging to find time for a getaway. You know, taking your loved ones to fun locales. Spending time on a road trip with...