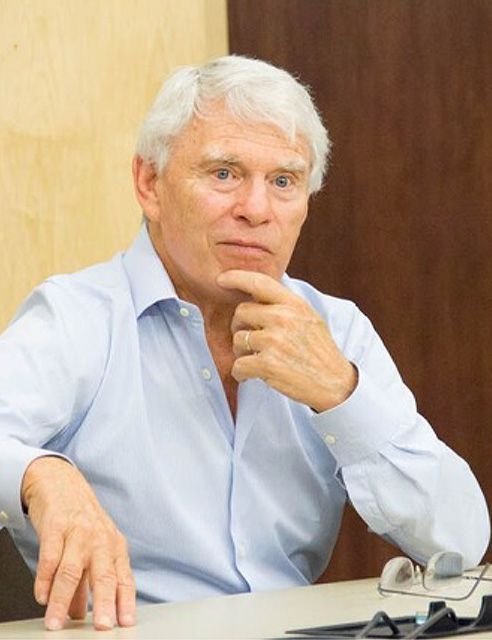 Mr. Klopp, who holds a BA and MBA from Stanford University, was the founder of The North Face, where he served as President and CEO for over 20 years. During that time The North Face was honored with many awards for being the best managed company in its industry, including being lauded by Business Week Magazine for providing one of the best brands and highest quality products of any company in the United States. Mr. Klopp led The North Face to its become one of the largest privately held companies in the San Francisco East Bay.

Adventurer and executive, Hap Klopp has run numerous companies and spoken around the world on branding, adventuring, leadership, and entrepreneurship.

Among other achievements, he established the mountaineering and backpacking industry through the development of The North Face. After selling his highly successful company, he began an international management consulting firm, HK Consulting, with offices in Berkeley, CA and Tokyo, Japan. His consulting engagements included such diverse companies as Cocona, Helly Hansen, Reebok, Royal Robbins, Merrill Lynch, Prudential Bache and Paramount Pictures. He has simultaneously invested in and participated in a number of entrepreneurial ventures and served on the Board of Directors of numerous companies including Cocona a nano technology fabric company and REVIV, a global preventive health care company with over 100 clinics around the globe doing IV drip therapy and DNA analysis.

Mr. Klopp is a much sought-after keynote speaker on topics ranging from Branding to the Digital Future. He is the author of the highly acclaimed book on leadership: “Conquering The North Face, an Adventure in Leadership” as well as a recently released bestselling book entitled, “Almost—12 electric months chasing a Silicon Valley dream.” Mr. Klopp is a Professor of Innovation and Entrepreneurship at Hult University and also lectures at various graduate business schools including Stanford, University of California, Carnegie Mellon, MIT and the University of San Francisco.