No, I am not talking about Pokemon Go. Sorry to those following the new flavor of the week. I am talking about the game ‘Go’, which originated in ancient China. It is a strategic, two-player game with the goal to get the most territory over your opponent.

Google has developed an artificial intelligence Go-playing robot, AlphaGo, who recently participated in a historic match. The opponent, Lee Sedol, a national figure, genius, and ranked 2nd for international titles with 18.

Google’s new AI experiment starts out of the gate with three straight wins vs. world figure, Lee Sedol...shocking, I know. Even though AlphaGo won the first three matches, Lee made a comeback.

In Game Two, while AlphaGo was playing black, Lee observed that the robot was not playing as strong. He noticed a few peculiarities that he was able to use and leverage in Game Four. With the weight of the nation on his shoulders, Lee strategically beat AlphaGo in Game Four, in an amazing turn of events.  Thus proving that the artificial intelligence of AlphaGo was not perfect.

After winning Game Four playing white, Lee chose to play black in Game Five. He wanted to win in a way he hadn’t yet, a way that held more value. Lee played aggressively, with thoughts consumed of taking territory. 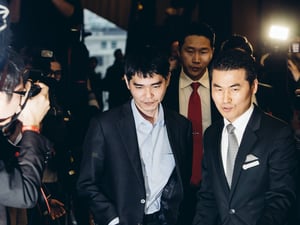 Lee made a brilliant move, one no other human would think to make and threw off the geared opponent.  To everyone’s surprise, AlphaGo followed with a foolish move that no person with Go expertise would ever make. AlphaGo’s misstep threw off the game and made it clear that the robot couldn’t handle moves of a pure genius.

As a result of its earlier mistake, AlphaGo changed the way it continued to play.  After analyzing the board in front of it, the robot started to make ineffective moves just to roll through the game it thought it would lose. And once again AlphaGo made another foolish move, prompting shock and question about its capabilities. Speculations quickly faded as people were informed that “the machine plays moves designed to maximize its chances of winning, not to maximize the margin of victory”, thus those foolish moves might not have been so foolish after all.

Unlike the previous game, Lee paced himself the entire Game Five. He was so careful to make decisions that on few occasions he failed to make a move within 60 seconds and was penalized. If he failed to make one more move, Lee would have lost the game. Game Five rolled on while AlphaGo continued to make strategic, unexpected moves. Lee eventually caved to one mistake and resigned shortly after.

Robots Have Flaws Too!

Even though most would have expected the artificial intelligent game guru to completely dominate, Lee came out with one win. Robots are always adapting, as humans do, but in a much quicker fashion. Although the education is there, there are still some holes. Watch out Lee, next time AlphaGo will be back and better than ever!

Bookkeeping for Startups 102: 10 Things to Get You On Track