One of the truths of business in the modern era is that technology can define success. Major leaps in how work gets done, how products get made, and how customers access goods and services have both broken and made businesses around the globe. That’s not to say that every new technology represents the kind of advancement that can define success. Plenty of well-intended innovators and untold dollars have worked hard to urge the adoption of ideas that would never fly.

But then there’s the tipping point; that point at which it becomes obvious that a new technology is overtaking the old. Early adopters in successful technologies ride a wave of benefits. Once that proof-of-concept period has ended, there’s a window of opportunity for uninitiated businesses to embrace the new technology, allowing them to remain competitive. If they’re lucky, these businesses might even gain a small advantage over competitors that are slower to adopt.

Those that adopt once that window has closed, unfortunately, are often faced with irrelevance.

This movie has a sad ending

Such is the story of Blockbuster. Launched in 1985, Blockbuster quickly became one of the world’s most successful entertainment companies. VHS players had become ubiquitous, but at least in the beginning Blockbuster also catered to what would eventually become another failed technology, Betamax. As DVDs gained in popularity, Blockbuster added them to its offerings as well.

The next two decades would give Blockbuster such an immense lead in movie rental that it seemed insurmountable. Customers poured through the doors looking for the latest releases, classic films and underground favorites.

But as you know, that’s not where the story ends. In 1997, a small startup called Netflix launched a business that would send movies to clients through the mail, allowing them to view and return the films at their leisure. As their model evolved, subscriptions that eliminated per-film rental fees for most clients and no late fees were attractive enough as differentiators to start driving many of Blockbuster’s clients toward Netflix. 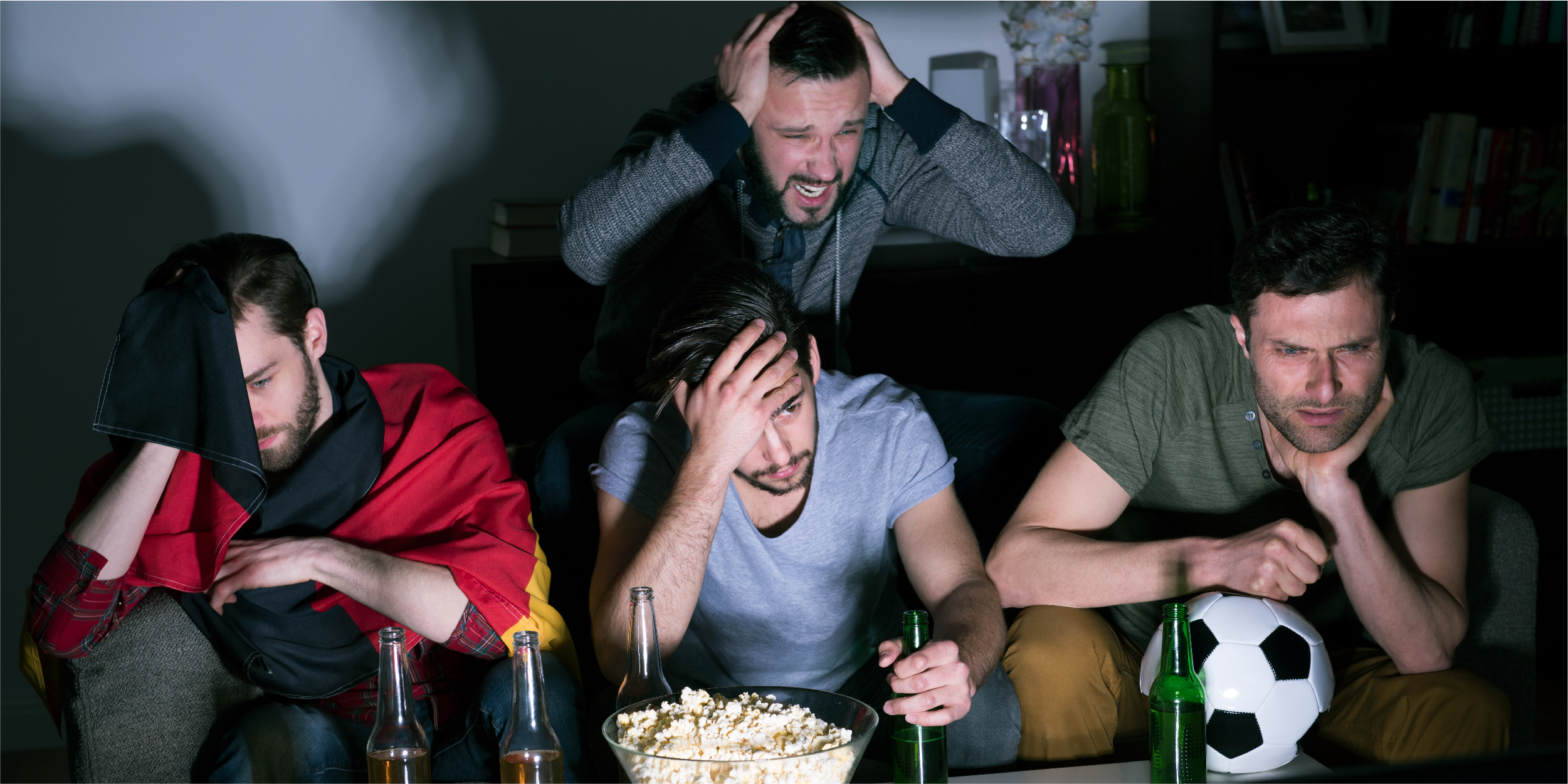 Not long after this, another competitor called Redbox surfaced, offering immediate rentals at strategically located vending machines—again with no late fees.

At first, the threat didn’t seem severe; Netflix struggled in the dot com bubble and Redbox’s reliance on locations to drive business made it a weaker competitor. Blockbuster was still king. So much so, in fact, that by the time the dot com bubble burst, Netflix approached Blockbuster, looking to be acquired for what we now know was a bargain $50 million.

Almost literally, Blockbuster leadership laughed. Taking the view that commerce on the internet had been wildly blown out of proportion, and convinced that Netflix’s demise had begun, Blockbuster declined the offer, sending Netflix on its way.

By 2004, Blockbuster comprised 9,000 locations worldwide and earned nearly $6 billion in revenue, seemingly squashing Netflix’s $500 million in revenue. The two would continue to wrestle for dominance for the next few years, with Blockbuster eventually adding a not-entirely-unsuccessful online rental model similar to Netflix’s. But Netflix had a foothold, and Blockbuster was late to the game. Mismanagement, poor timing, bad business decisions and debt wiped out nearly three-quarters of its value by 2005. From there, the slope grew ever more slippery.

Don’t get up to get popcorn

The cautionary tale is easily teased out here: Blockbuster had lost its feel for the pulse of its audience, failed to recognize a threat, failed to embrace new technology, and faded into obscurity as a result.

You’re fooling yourself if you think your firm is immune to the Blockbuster scenario.

“Wait a second,” you’re saying, “my firm is nowhere near the size of Blockbuster. We don’t rent movies. This is apples and oranges. Or maybe rom-coms and horror flicks. You get the idea.”

You’re right. Business models, size, segments, audience—there are few similarities between your firm and Blockbuster. But there could be a similarity that counts: your willingness to evaluate and adopt new trends and technologies that could keep you streamlined and competitive.

It’s reasonable to hesitate and ask questions; new technologies pop up almost daily in the accounting landscape, and the breathless insistence that your firm get ready for THE FUTURE often comes with few specifics. Moreover, it’s easy to overlook those things your firm does that work well enough as-is.

But ask yourself some probing questions about the technologies your firm uses today, and where you might be in the competitive landscape without them. Do you prefer email over fax? Digital GLs over paper ones? eFiling over paper filing?

Also important: technology that doesn’t integrate well with your tech stack can get in your way. You want to choose complete solutions where you can.

The truth is, you COULD still run a firm using handwritten ledgers, fax machines and snail mail. But you don’t, because the immense time, efficiency and accuracy savings you get from newer technologies free you up to earn more business. And as of today, all of them are table stakes to compete.

Technologies change fast, so if you get distracted, you might find yourself playing catch-up, or worse.

Intermission: You said this was all going to relate to bookkeeping somehow?

Artificial Intelligence and Machine Learning have been top-of-mind for the accounting profession for quite a few years now. That trend is accelerating. Within a very short time, firms adopting technologies that make use of AI and ML will have just what they need to keep pace with the profession. Those that don’t… not so much.

But like many technologies, you’re looking at an investment, not an expense. The gains you’ll see in efficiency, accuracy and capacity will more than pay for the investment. In some cases, these technologies can offer time savings of up to 50%.

Manual bookkeeping in particular is a fraught process. It relies on repetitive data entry, access to client accounts, and accuracy that’s hard to demand of any human working 60 hour+ weeks. Worse, it’s eating up your resources. Why would you use a human to do things you can automate, freeing them up to tackle higher-value tasks for their clients and your firm? There’s a better way. Don’t be like Blockbuster and miss it.

Imagine what might have been if Blockbuster had kept pace with trends and technology. If they’d embraced eCommerce more quickly, understood their clients’ needs better and adapted their business model to suit the changing environment, Netflix would likely never have made any inroads at all. After all, Blockbuster was a true giant.

Are you standing at that same crossroads? What if by adopting technology now available to your firm, you could make an investment that pays significant dividends—and not in some distant future, but in the next several months? It would provide a distinct competitive advantage, assuming you act soon. Wait much longer, and you’ll need to adopt it anyway—just to keep up.

Wait for the end-credits scene!

Another thing to consider as you assess and choose new technology for your firm is your endgame. Will you retire in the near future, passing along your stake to another partner? Perhaps you’re looking to sell or be merged with another firm. M&A activity is a serious consideration.

Keeping pace with trends and technology will make your firm a MUCH more attractive target for all these activities. No one wants to acquire a firm that can’t hit the ground running if there’s an equally attractive firm that’s up to date and ready to go. Preparing yourself for what comes next means streamlining your firm, making it as efficient as possible, and freeing up staff capacity for more clients and more services. You can help accomplish that by adding an automated accounting solution. 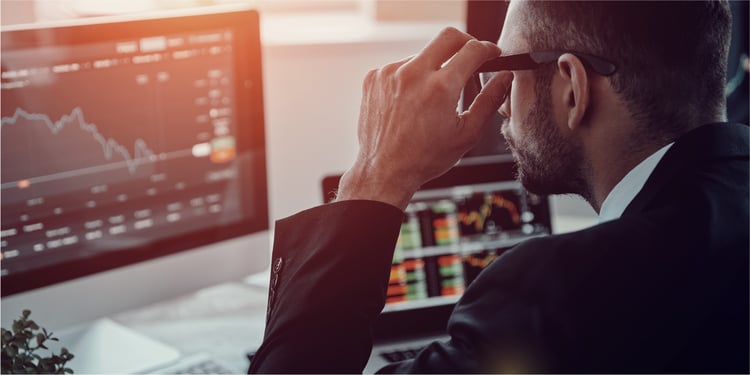 Blockbuster is gone. The riches-to-rags tale is a valuable reminder to take the long view, innovate and embrace technology to keep your firm at its best. It’s the most sensible way to keep your delightful fantasy from turning into a gory slasher film.

Ready to get started automating your bookkeeping? Get some popcorn and click below.

You've heard about the future of accounting. What about the now?

Over the last decade, the rapid development and implementation of financial technologies (Fintech) have made the future of accounting a hot topic....

Accountants find it challenging to find time for a getaway. You know, taking your loved ones to fun locales. Spending time on a road trip with...